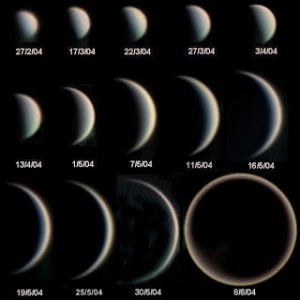 Archaic pagans believed that the planet gods were the controllers of history. Good or bad harvests, victories or defeats were caused by planet gods, perhaps because a king failed to preform some ritual.

The ancients controlled their lives by the observed changes in nature. They did not measure time or even imagine that time exists. How could you measure what was sometimes chaotic, the observed paths of the planets? They mentioned devastation when Venus passed and described the chaos when a nearby planet was shattered. Eventually the Babylonians invented angles for measuring the sky but they were not measuring time. They were predicting conjunctions to use with their 7,000 omens. They were afraid that the chaos mentioned by earlier generations could recur if the planet gods were not placated. They also used their New Year celebration for remembering how Marduk shattering the planet Tiamat. They even preserved the record of how their first kings reigned for tens of thousands of years – during the earliest ages.

One of the Jewish sacred books (Job)  recorded the geological changes that transpired during the lives of the early people who lived alongside dinosaurs. Geological ages did not violate their genealogical records because they believe the first people lived for eons. Indeed, we find the skulls of our ancestors with thick, heavy brows. If we lived long enough to experience geological changes, we would grow thick brows from vast age. (Our skills are the only part of our skeleton that keeps growing as we age).

Biblical Hebrew did not have a concept of an actual time since even their grammar did not have past, present or future verbs. Yet they did expect that someday God would establish a righteous kingdom and people again would live like a tree.

Over the centuries the planets slowly distanced themselves and people no longer believed the record of their ancestors that a planet was crushed. Then the Greek philosophers tried to invent scientific reasoning to replace the planet-god omens.

One of the pagan philosophers, Plotinus, had a profound effect on the beginning of time. He explained nature using a god who exists outside of time. One of his disciples, Augustine, became a Christian and interpreted the Bible with Plotinus’ notions. Augustine speculated that God created time in the beginning and that He exists in a timeless dimension and sees the future. Augustine’s ideas about time had a profound effect on all modern single-god religions.

The concept of time morphed into a linear model when medieval philosophers combined Augustine’s ideas with notions about changeless substances . Then monks built  new ticking  clocks that gradually suggested to the Europeans that time is linear. Over the next few centuries, scientists contrived thousands of measuring units from clock-time. Unlike the early people who claimed that planets sometimes moved chaotically, scientists used clocks to measure clock-like orbits.

Eventually scientists built massive telescopes for observing the history of the cosmos. What they observed produced myths even more ridiculous than the planet-god stories. The vacuum of space time was allegedly stretching all light passing through the void. This was necessary because ancient galaxies shone at tiny fractions of the frequencies of modern atomic clocks. They invented four times as much invisible matter as the natural kind because star-stream orbits in billions of galaxies never follow clock-like laws. Supposedly the universe is crammed full of anti-gravity dark energy that pulls energy out of the vacuum to accelerate the expansion of the vacuum – thereby pushing distant galaxies away. Their most absurd myth concerns the explosion of a tiny speck of vacuum that created everything out of nothing. Astronomers, instead of accepting ancient light, filled the universe with magical, invisible things to preserve their historical faith that the essence of substance is changeless.

The visible history of how galaxies formed suggests.

2. Clocks are not linear. They change speed along with the changing properties of matter. We observe in the history of galaxies how clocks accelerate along with the outward accelerating star streams.

3. Evidently time is a synthetic idea.   If you deny that time exists, it change nothing in the universe. Therefore, it does not exist.

Augustine was wrong. The Bible does NOT say in Hebrew, “in the beginning. ” It says first Elohim created the heavens and the earth.

Visible cosmic history does not support western ideas about time.