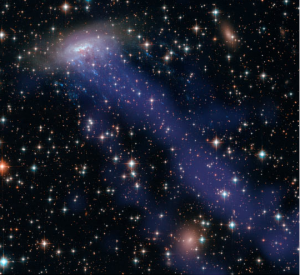 Christians often use western time ideas to try and  understand creation. In the literal creation text, most of God’s commands and their effects are described with continuing-action (imperfect) verbs.

Biblical Hebrew had no verb tenses. Languages without tenses relate continuing or finished events to other happenings in the narrative or to the season of something. Ancient  languages did not reference things to time because the concept of time was probably not invented until about 2600 years ago. The context is the only way to tell past from future in biblical Hebrew. Some Bible passages could be predictive of God’s future care or may recall his past care. Only the context can tell us which is in view because ancient Hebrew had no concept of time or verb tenses.

Understanding Creation with Hebrew non-tensed, continuing-action verbs is remarkably different from traditional translations based on the western concept of time.

The Jews did understand durations and sequences: the sun’s cycle is longer than the lunar or this king reigned before that one. However, an ancient Jew could not run out of time because they did not speculate on its existence. Time was not measurable in the ancient world view, because it simply did not exist. The ancients regulated their lives by the changing cycles of nature, not with time. They adjusted their shadow clocks to fit the observed variations of the Sun. They put more water in their water clocks for a summer day watch than for a summer night watch. In the winter, the amount of water in the clock was the opposite, so that day watches were shorter. They adjusted their lives to fit the changing cycles of nature. This is the opposite of what we do. We imagine that nature fits our “linear” 24 hour days and fixed months, our symbolical versions of time.

There is no no evidence for a time dimension in early societies. Homer mentions events, their sequences or periods, but he does not reference his stories to an underlying time continuum. Early Greeks told stories of Kronos (Saturn) who reigned during the era when people lived for eons. They imagined that lifetimes shortened when Zeus (Jupiter) banished Kronos to Tartarus, the deep abyss. Hesiod imagined that an anvil falling from Tartarus takes nine days to hit Earth. This is an estimate of great distance. (A long road takes longer to travel than a short one).

An example of a calendar that did not “measure” time was the earliest Roman calendar.  Our calendar came from the Roman one. This is why you can still discern the Latin numerals in the last ten months of our calendar: (September 7, October 8, November 9, December 10). The two months without agricultural work (January and February) remained unnamed until Numa’s reign. If the weather prevented seeing the new moon, that month might have 35 days while the next might have 20 days (Plutarch & Livy). Calendars were not for “measuring time.” They were for tuning life to the observed variations in nature. For the first Romans, time had no existence.

About 2600 years ago, the Greeks, Persians, Indians and Latins began imagining that time existed. We find references to a time continuum in classical Greek tragedies with expressions about the “whole of time” and “time progressing” as though it were a self-propelling flow. This became an area for philosophical speculation, as in Heraclitus’ stream and Zeno’s paradoxes. Zeno showed that trying to divide time or motion into the smallest increments is nonsensical. Apparently Indo-European languages developed verbs tenses to fit their new time ideas.

Not surprisingly, the New Testament contains time words and verb tenses since that was the way people communicated in that era. The most common New Testament time-word is kairos: the proper moment, the opportune moment, the predicted moment, the right moment. “For while we were still helpless, at kairos, Christ died for the ungodly (Romans 5:6)” Jesus promised to return when the kairos of the gentiles is fulfilled. Jesus said those who believe in him will live eon life (zoe aionios). Jesus came at the end of the plural eons.

The Greek translation of the Old Testament used the aorist as the default verb, since Hebrew had no verb tenses. Greek aorist is not a verb tense. It does not specify when something happens, if it is a short occurrence, a long event, whether it ended or may end in the future. We find this timeless verb on every page of the New Testament. For example, Romans 8:30 has six aorist verbs. “And these whom He predestined, He also called; and these whom He called, He also justified; and these whom He justified, He also glorified.” The aorist does not tell us when He calls, justifies, or glorifies – yet other texts tell us the first two happened before they trusted Him. Although the New Testament often uses time words and verb tenses, it gives no direct support for the notion that time exists – per se.

Augustine, a popular bishop 1600 years ago, had an important influence on the western concept of time. Augustine claimed God created time in the beginning evidently because he had been a student of Plotinus. Plotinus imagined a philosophical god who was outside of time.  Augustine speculated that the biblical God was not in time and sees all the future, which presumes that time exists and the future is perfectly determined. Medieval intellectuals interpreted creation and even built doctrines and invented words  (like eternal) to fit Augustine’s notion of time. In Greek, it does not say believe on the Lord Jesus and you have eternal life. It says you will have eon life, eon life without end. There is a difference. The Catholics imagined that eternal is a state outside of time.

About eight hundred years ago, Catholic scholastics unwittingly solved the problem of everything changing that prevented the Greeks from inventing an empirical science. In the medieval religion, God is outside of time and absolutely changeless. This lead the scholastics to imagine that what God created has an unchanging essence. The assumption that the essence of substance is changeless became the fundamental faith of western science and the basis of an even newer concept of time, that it is linear and measured with clocks.

When studying creation, we should not read our philosophy or our tensed grammar into the text. The first word in the Bible, bereshit, is not about time or its beginning. It means what is first in importance or preceding what comes after. The most powerful evidence for a literal biblical creation also reveals that the western concept of time is visibly false. With telescopes, we observe to the creation age at many ranges. We observe in billions of galaxies how they grew from the formless things God created first. Billions of galaxies intrinsically grew into huge growth spirals as stars continued to emerge and spread out.  The atomic light clocks accelerate along with the outward accelerating, expanding star streams.

You say, how could this happen? Consider gravity aberration, which is described on this web page.

This is a composite image of the galaxy ESO 137-001. The long  blue jets are a thin X-ray plasma whose source is the active galaxy. Emerging from the galaxy are streams of star globs that shine brightly in ultraviolet. The star streams are coming out of the core and also from the arms of the galaxy. What we see suggests the literal account of creation. He continues to form the Sun, Moon and stars and form them into spreading things (Hebrew noun for what spreads out). Image credit: NASA / ESA / CXC